Welcome to The Octoroon archive. For several years, the owners of this site, Professor Lisa Merrill (Hofstra University, New York) and Dr Theresa Saxon (University of Central Lancashire, Preston) have been collecting and examining a range of playbills, prompt books, newspaper and journal reviews, photographs and other images, relating to the production history of one of nineteenth-century theatre's most inflammatory melodramatic plays, The Octoroon, by Irish playwright, Dion Boucicault.

Since the explosive premier in 1859 of The Octoroon, different versions of the play have reflected contentious meanings and messages about race and enslavement in a range of geographic locations and historical moments. In this melodrama, set on a plantation in Louisiana, audiences witness the drama of Zoe Peyton, a mixed-race, white-appearing heroine who learns after the sudden death of her owner/father that she is chattel property to the estate. Rather than submit to a new master after having been sold at auction, Zoe poisons herself and dies, graphically, onstage. In London, in 1861 Boucicault famously rewrote the ending, allowing the heroine to survive and be united with her white lover in another (presumably more just) country, ostensibly England. Critical accounts of this adaptation have relied upon newspaper reports, as the playscript itself was never published. Within a short time Boucicault changed the ending again, this time leaving Zoe silent in the arms of her lover as both witnessed the burning of the steamboat Magnolia. This four-act edition was published widely, and it and the original US version have formed the basis for most critical assessments of The Octoroon. A key assumption so far has been that this four-act version became an authoritative text for UK productions and thus Zoe died no more on British stages. But we have found this not to be the case. Although theatre historians have known about Boucicault's original adaptation for over 150 years, no extant script for that original "British" version has heretofore been discovered.

Now, however, our recent archival discoveries reveal portions of that long-missing script. At the University of Canterbury, Kent we have discovered promptbooks of a later 1871 production of The Octoroon that provide specific textual evidence and blocking details that represent the first amended version as witnessed by London audiences a decade earlier, and described at the time in the London press.

In addition, in the same archive we have uncovered evidence that multiple versions of The Octoroon were being staged simultaneously, complicating the received narratives of race and reception regarding this play.

Moreover, in other archives we have found evidence that The Octoroon appeared on the colonial stages of Australia a full ten months before it was staged in London and therefore before Boucicault changed the ending. Our exploration of the performance history of The Octoroon in Australia further illustrates the potential shifting meanings of racial categories and representations of enslavement in nations whose colonial histories were built on differing constructions of racist oppression, genocide, and slavery.

In this digital archive we present and discuss our archival discoveries of Octoroon promptbooks and playbills that reveal previously unknown aspects of the play's stage history and critically illuminate the ways that the transatlantic theatre of the mid-nineteenth century portrayed enslaved mixed-race figures and interracial relationships. 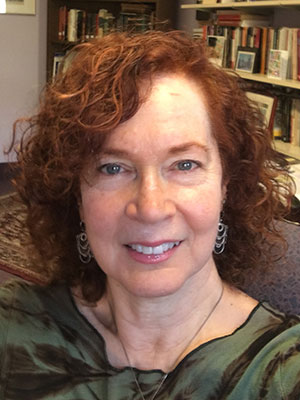 Professor Merrill's research and publications are in the fields of performance studies, critical race and cultural studies, and women's history. Her biography, When Romeo was a Woman: Charlotte Cushman and her Circle of Female Spectators, was awarded the Callaway Prize for Best Book on Drama or Theatre. Professor Merrill was awarded the Eccles Centre Visiting Professorship in North American Studies at the British Library for 2010: ‘Performing Race and Reading Antebellum American Bodies.’ Spring 2016 Professor Merrill was Visiting Scholar at the Institute for Black Atlantic Research, UCLAN. ln 2016 she was awarded the Oscar Brockett Essay Prize from the American Society for Theatre Research for “Most Fitting Companions: Making Mixed-Race Bodies Visible in Antebellum Public Spaces,” published in Theatre Survey, May 2015. She has published widely in the US and UK, most recently in the Slavery and Abolition Journal, 2016, vol 37, no.3: “Amalgamation, Moral Geography and Slum Tourism’: Irish and African Americans Sharing Space on the Streets and Stages of Antebellum NY.”

Theresa Saxon is a founder member of the Institute for Black Atlantic Research at the University of Central Lancashire, and her research focuses on eighteenth and nineteenth-century transatlantic theatre history. Dr Saxon’s book, American Theatre: History, Context, Form, was published by Edinburgh University Press and research for her forthcoming book on Transatlantic Theatre has funded in part by a fellowship at the British Library awarded by the Eccles Centre for North American Studies.